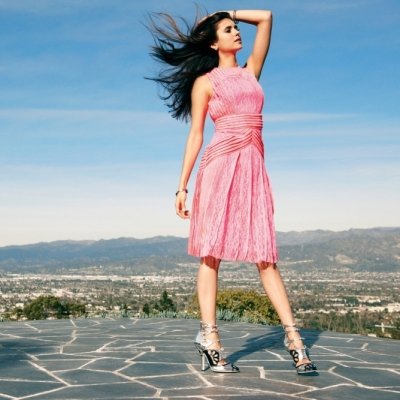 The beauty industry has convinced us that we stink but thanks to our own body processes, there are ways to use less deodorant. Chemical deodorants are endocrine disrupters so if you are trying to follow a more natural lifestyle, not using them is one of the ways to go. Essentially, what you put in your body either gets used or expelled. Some of the things that get expelled are emitted as bodily chemicals in sweat and odors. It follows therefore that what you put in your body dictates what comes out. Try these ways to use less deodorant and be surprised by how much you can control your body odor.

One of the easiest ways to use less deodorant and help release your natural scent is through eating a larger amount of plant foods. Vegetables contain a number of beneficial properties including hydration, fiber, anti-oxidants and enzymes that work to release a natural deodorant. Plus, plants such as spirulina and wheat grass have also been known to help reduce the symptoms of morning breath.

The combination of these two ingredients has been proven to have a positive effect on the skin. Research has shown that Vitamin B and magnesium work together to strengthen the skin, which in turn will be more effective in fighting against any odor changes that might occur.

There are a number of probiotic options such as raw milk, kefir and yogurt that encourage regularity by maintaining a low presence of bad bacteria in the gut. These can help to keep your body in check and less bacterial strain means less potential odor of multiple kinds. Those who cannot consume dairy can try other probiotics including fermented foods and apple cider vinegar.

Perhaps the easiest and most readily available of ways to use less deodorant is drinking water. Water is effortlessly attainable and endlessly beneficial. Water has the power to flush out toxins in the kidney, liver and colon, and also aids in the digestion process. Moving and ridding your organs of these toxins helps to keep everything internally fresh.

That’s right, you read correctly! Though both onion and garlic have gained a reputation as the two foods to avoid when battling odor, it has been discovered that moderate long term consuming of these foods can cleanse the blood and carry antibacterial properties. The one aspect to be careful of is the fact that onion and garlic odor will travel through the body and expel itself via the lungs, i.e. your breath!

Zinc is a great option and way to use less deodorant. With a reputation as being a heavy-duty fighter of body odor, it is also used an as ingredient in a large number of oral hygiene products, a testament to its potential for freshness. Zinc can enter your body via a number of foods including meat, white mushrooms, seafood and pumpkin seeds.

Chlorophyll is a well-regarded natural neutralizer of odor that becomes effective in the blood stream and in the colon. Chlorophyll has been proven to help with all types of odor and it is rumored that hunters use it to help mask their scent from potential prey, a worthy testimonial as to its scent covering effectiveness, use it!

Both Bentonite clay and activated charcoal are classed as effective chelators, which are chemical compounds whose molecules form several bonds to a single metal ion. These molecules have been shown to actually pull mucous and other detrimental debris from inside the intestines before it becomes harmfully attached to the walls. Activated charcoal has also been proven to be effective in the carrying away of gas.

Another natural way to use less deodorant is by drinking loose-leaf teas and other detox products. These teas can act as a whole body cleanser, introducing a great deal of anti-oxidants in to your system and also using some chlorophyll action to help with the covering up of unwanted scent.

As a last note, it is recommended that those trying to use less deodorant should avoid certain foods and products. Foods, such as sugar based items, that encourage candida yeast growth in the body should be avoided, as should many grooming products that contain carcinogens and artificial scents that are made up of thousands of different chemicals.

Did you know you can ditch deodorant and still smell good? Would you go au naturel?